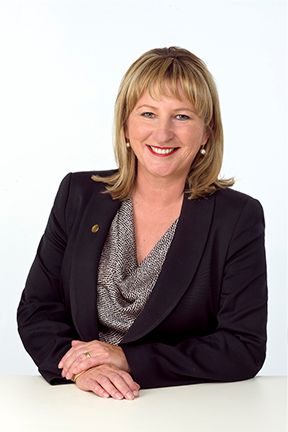 Gayle has a strong connection with rural and regional communities, having completed primary and secondary education at rural schools.

Apart from being an advocate for regional infrastructure and employment, Gayle is also a strong supporter of environmental sustainability, gender representation, social inclusion and community development.

She was the first woman to become a State Secretary of the Vehicle Division of the traditionally male-dominated Australian Manufacturing Workers Union, serving in this role from 1993 to 2006, and also as the Federal President from 2000 to 2006.

Gayle also served on the Executive of the Australian Council of Trade Unions (ACTU) from 2000 to 2006.

In 2006, Gayle was elected to represent Western Victoria in the Legislative Council. Gayle was appointed as Minister for Training and Skills, and Minister for Corrections in November 2016.

Following the 2018 Victorian State Election, Gayle was appointed as Minister for Training and Skills, and Minister for Higher Education.

In 2020, Gayle was appointed Deputy Leader of the Government in the Legislative Council.

In June 2022, Gayle was appointed as Minister for Agriculture, in addition to her existing responsibilities for training and skills and higher education.

Gayle’s interests include reading, film, cooking, travel and helping out in her local community.